its been sometime and for some reason i opened this blog which i have really tried not to for far to long.  what a decade.  thank you all for all your help. cant believe we made it this far. we are rocking
Posted by Scott and Carol Decker at 11:24 PM 1 comment:

Just wanted to give a heads up KBTC ( a local channel) has done a documentary on Carol and our families new life. It airs Monday at 6:30 pm on channel 12 locally I believe.

Carol had her what he hope to be her last surgery for some time in late February.  She had two bones in her right leg fused, in hopes it would be comfortable to walk on.  This morning was the first morning I saw her legs sitting by the bed in the morning versus her wheelchair in a couple months.....so she is healing up I would say.

Scott
Posted by Scott and Carol Decker at 7:08 AM 4 comments:

I officially hate tax day!!!! Anyway, Carol has been super busy trying to figure out a way to get out and talk to people. It seems she is talking to a different person each week that is going through a similiar situation or family members that are. It brings a smile to her face to do so:) She is talking at a local college event soon, and also at a Amputee rehab conference for rehab doctors I think.
file://localhost/Users/caroldecker/Desktop/A%20Beautiful%20Life%20flyer.pdf
Posted by Scott and Carol Decker at 8:30 PM 2 comments:

Not sure how we found it today, but the article in self came out. Thanks Maryn and Coral, and all others involoved. It's great:) the link is below
http://www.self.com/health/2012/01/saving-carol-decker?fb_ref=social_fblike&fb_source=profile_oneline
Posted by Scott and Carol Decker at 8:50 PM 13 comments: 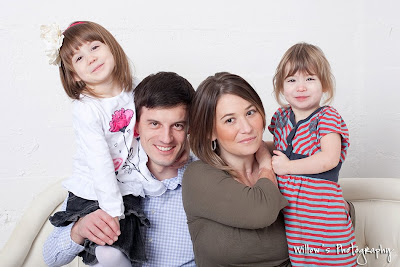 Wow, I haven't been able to post in this for some time due to not being able to log in, but finally got it squared away. It has been a busy year. Carol continues to amaze. She still does hand therapy on her right hand, which has alot of function now. She still doesn't wear a left hand prosthesis, she doesn't feel that it helps her much. It doesn't "sense" anything, so that is the issue there. Her legs are doing very well. She has therapy still out walking about, and she is getting good at walking on main roads safely. She has been getting training the the department of services for the blind on that for quite some time. Other things she has been busy with, besides the girls, are speaking a little bit. She seems to have some aspirations to do some, I don't know what exactly to call it, but people are interested in hearing her talk about herself, and she seems to like to do it. I don't really do her make up anymore, help her with food anymore. The only thing I really help Carol with is setting out her clothes in the morning, which she told me this last weekend I won't have to do much longer. She really has gained 95% of her independence back. The girls are 3 and 4 now. Chloe started preschool and is doing great there. they both are really blossoming lately, getting real smart, playing more and more outside. We have the same nanny, who is always great. She will be leaving us in March next year, so we will have to deal with getting someone new at that point. I tried to start explaining that one to the girls and turns out wasn't the best idea. All I heard for a couple days was "when is nanny leaving us? Tomorrow?" Both girls are doing girly stuff like ballet, and gymnastics, which they really love.
In January SELF magazine is doing a story on Carol. They have been out to the house a couple times this year planning for that and taking pictures. I will try and post somemore now that I can access this again. We had pictures done yesterday's at Willow's. Carol looks great in this picture!!
Posted by Scott and Carol Decker at 5:33 PM 12 comments:

Well it's been three years today.....happy birthday Safiya!! Thought I should leave a small post today and just say that everything is going fine. Life progresses health wise for Carol all the time, she walks, is a great mom and wife, and everything else a "normal" family is. She continues to get new prosthetics for her legs every once in awhile as needed. She is going to have her final right leg surgery before the holidays this year. There is a bone regrowth somewhere, that's makes it hard to walk on for long lengths of time. She doesn't ever really wear her left arm prosthetic, she finds she is more comfortable and do more without it. She goes to a hand therapist to work on her right hand every week, and a physical therapist in Puyallup who has a lot of experience with amputees. I would say the biggest changes with Carol the last couple months is that she really seems to have a good oversight of the house, not that she wasn't doing well at that before, but now pretty much I have no idea what is going on there schedule wise, and it all is getting done, because she manages it all:) The girls are also doing well, still small, but growing. Thanks for all the support. The Deckers
Posted by Scott and Carol Decker at 9:23 AM 9 comments:

Link to synopsis of what has happened

Carol and Safiya seeing eachother for the first time 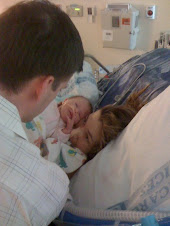